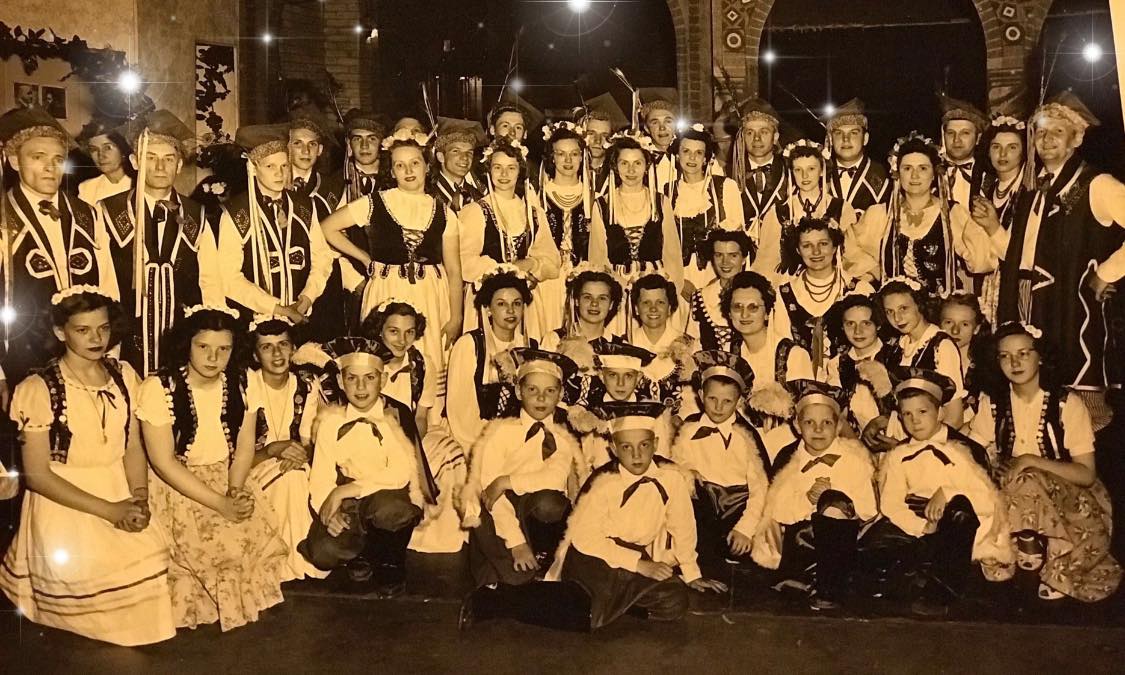 The Dolina Polish Folk-Dance Family is proud to be celebrating 70 years sharing their love of Polish Music, Song and Dance. What started from a small adult group in 1949 has grown to include a children’s group-Sloneczniki, a teen group-Chabry, a choir and kapel (band).

In 1948, Lillian and Ray Kurkowski, being active in the folk-dance community in the Twin Cities, formed the Polish National Alliance Folk Dancers and Singers.  A place where Polish immigrants and their children could celebrate their heritage. The first performance was at the International Institute of Minnesota’s Festival of Nations held May 20-23, 1949 performing the Krakowiak. 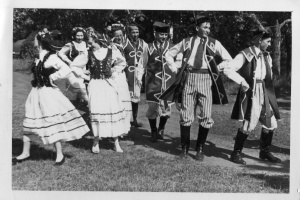 With support from PNA and the International Institute of Minnesota, the group continued to grow throughout the 1950’s and 1960’s. The group’s performances included: the Festival of Nations ,many  Polish and non-Polish events throughout the Twin Cities, across Minnesota and the upper Midwest.

The 1970’s saw two major transformations.  First the name of the group was changed to the Dolina Polish Folk Dancers.  Secondly, Ed Rajtar while attending a year abroad study program in Krakow, joined its local dance ensemble, enrolled and graduated from a choreographers course specializing in Polish folklore.  Shortly thereafter, Ed became Dolina’s artistic director and choreographer, which he has held for the last 30+ years. 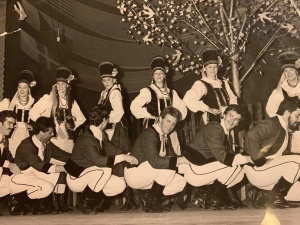 With Ed as choreographer and access to Polish choreographers, performances moved from being three or four dances with record changes in between each dance to full suites of dances from a single region accompanied with live music.  This also led to the expansion of the group in several different areas: 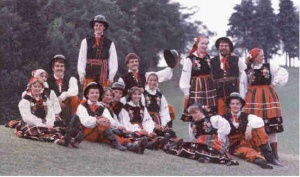 When performing, not only is the group able to perform the 5 national dances of Poland (Krakowiak, Oberek, Mazur, Kujawiak and Polonez).  Dolina  continues to expand its regional presence having performed over 15 different regional choreographies over the many years including:  Beskidy, Gorale, Hutzul, Kaszuby, Krakow (eastern), Kurpie Lowicz, Lemko Lublin, Lubusk, Nowy Sącz, Opoczno, Rzeszów, Śląsk, Spisz, Warszawa, Wielkopolska, Żywiec City and Żywiec Mountain.  All performance in representative regional ethnic costumes, purchased directly from Poland or made by group members themselves. 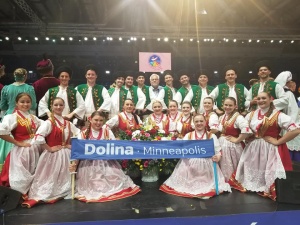 As Dolina reflects on their 70th anniversary, the group members wish to thank the Twin Cities Polish community and all patrons for their generous support. But most importantly, they are thankful that Lillian and Ray Kurkowski and Stanley Bandur had the vision to share their love of Polish Folk Culture through song and dance.

If you have any questions, contact Dolina at dolina.mn@dolina.org

Dolina is a 501c3 non-profit organization.  If you would like to make a donation, please visit our GiveMN donation site.